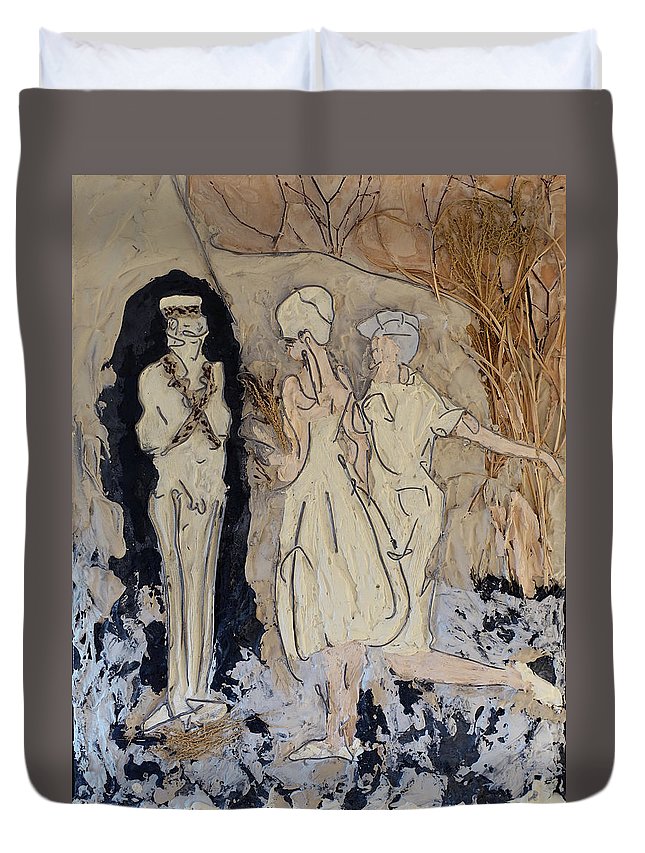 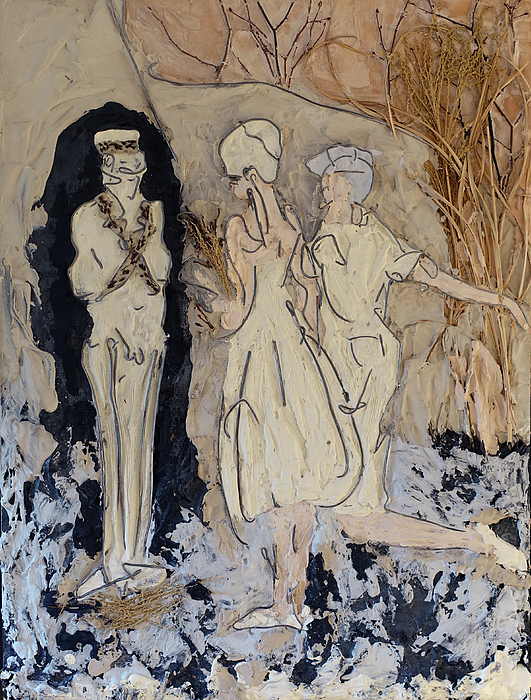 Boundary: Bleed area may not be visible.

Click and drag to re-position the image, if desired.

Daphnis and Chloe vow their love before Pan Duvet Cover

The image is near the edges of the product but doesn't cover the entire product.   Some of the background color may appear around the outside edges of the image.

Queen duvet cover (88" x 88") featuring the image "Daphnis and Chloe vow their love before Pan" by Peregrine Roskilly. Our soft microfiber duvet covers are hand sewn and include a hidden zipper for easy washing and assembly. Your selected image is printed on the top surface with a soft white surface underneath. All duvet covers are machine washable with cold water and a mild detergent.

Royal Ballet, Royal Opera House, LONDON 18 Oct 1996 Scene 1: In the late afternoon, shepherds and shepherdesses arrive to make offerings at Pan's cave. Daphnis and Chloe vow their love but they are interrupted by the arrival of Dorkon, who also loves Chloe, and Lykanion. The shepherds arrange a dance contest between Daphnis and Dorkon: the winner, Daphnis, receives a kiss from Chloe. Chloe then leaves with her friends. Once Daphnis is alone Lykanion tries to seduce him. Suddenly a band of pirates appears and carries Chloe away. Daphnis tries to follow, but Dorkon prevents him. Three nymphs then appear to Daphnis in a vision and, invoking Pan's aid, send him in search of Chloe. Scene 2: At night the pirates return to their women. Chloe is carried in by the pirate chief, Bryaxis. The pirates celebrate and Chloe is forced to dance. Just as Bryaxis is about to overpower her, Chloe's hands are magically freed. Pan appears and the pirates flee in terror. Scene 3: At daybreak the shepherds an...

As a storyboard artist I have worked all my life making drawings, illustrations and paintings for many art directors in dozens of leading London advertising agencies. Having begun my career in art in the 1960's I have had to develop many styles to suit all the art directors intentions: from painterly styles like Boucher to Victorian scraps to Monet to popular illustrators and cartoonists to realize the brief. Now I am free to express myself in whatever way I wish. Sometimes abstract, sometimes visualising Utopia or seeing the world and reporting what I see. 1962 - 1966: Twickenham College of Technology - Illustration, Life Drawing and Painting. 1968 - 1971: Doyle Dane Bernbach - General and Storyboard Artist 1971 - 1979:...