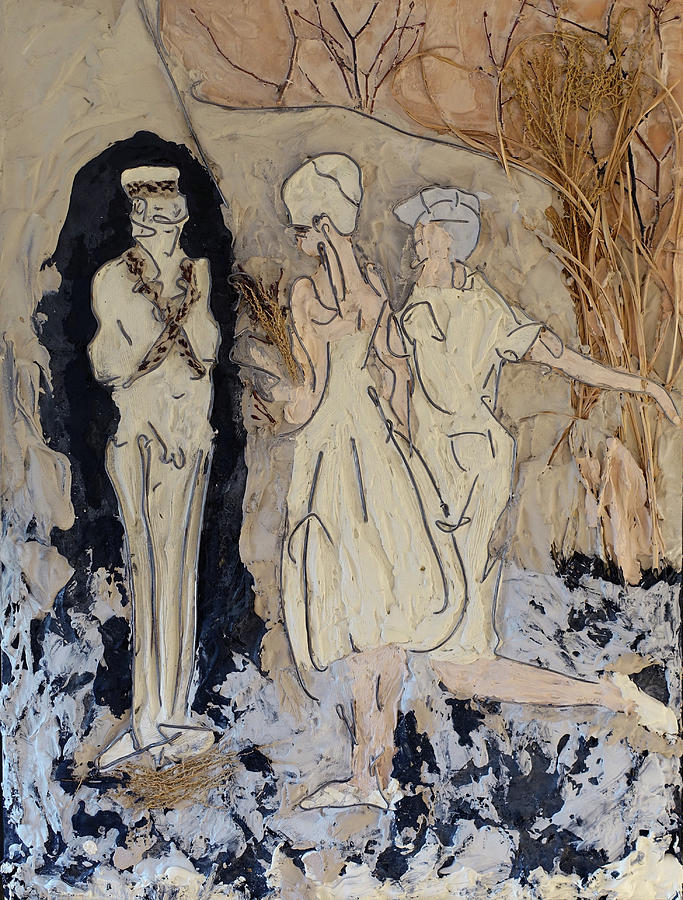 Daphnis and Chloe vow their love before Pan

Original - Not For Sale

This piece is not for sale.   Please feel free to contact the artist directly regarding this or other pieces.

Daphnis and Chloe vow their love before Pan

Royal Ballet, Royal Opera House, LONDON 18 Oct 1996
Scene 1: In the late afternoon, shepherds and shepherdesses arrive to make offerings at Pan's cave. Daphnis and Chloe vow their love but they are interrupted by the arrival of Dorkon, who also loves Chloe, and Lykanion. The shepherds arrange a dance contest between Daphnis and Dorkon: the winner, Daphnis, receives a kiss from Chloe. Chloe then leaves with her friends. Once Daphnis is alone Lykanion tries to seduce him. Suddenly a band of pirates appears and carries Chloe away. Daphnis tries to follow, but Dorkon prevents him. Three nymphs then appear to Daphnis in a vision and, invoking Pan's aid, send him in search of Chloe.
Scene 2: At night the pirates return to their women. Chloe is carried in by the pirate chief, Bryaxis. The pirates celebrate and Chloe is forced to dance. Just as Bryaxis is about to overpower her, Chloe's hands are magically freed. Pan appears and the pirates flee in terror.
Scene 3: At daybreak the shepherds and shepherdesses find Daphnis lying exhausted by the shore. Pan reunites the lovers and everyone dances in celebration.
15.5 Kilograms